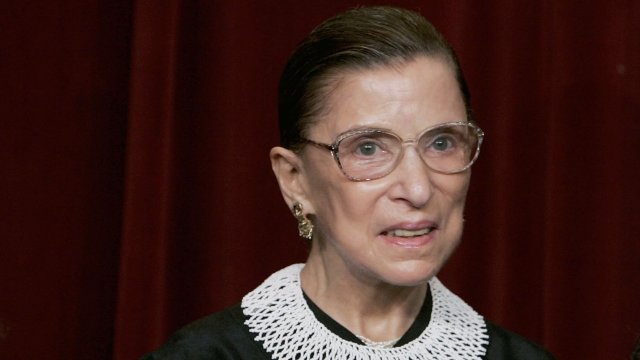 U.S. Supreme Court Justice Ruth Bader Ginsburg had cancerous growths removed from one of her lungs.

She is now resting comfortably at the hospital, where she is expected to stay for a few days. There wasn't any evidence of any remaining disease after the operation, and doctors aren't planning any additional treatment.

Doctors discovered the growths while Ginsburg was being treated for rib fractures she suffered after a fall last month.

At 85, she's had a few health issues over the years, surviving two bouts of cancer and a coronary artery stent placement. But she's kept up with her "RBG workout" routine, which her trainer says plays a key role in keeping her strong.

Earlier this year, Ginsburg said she hopes to stay on the bench for at least five more years.