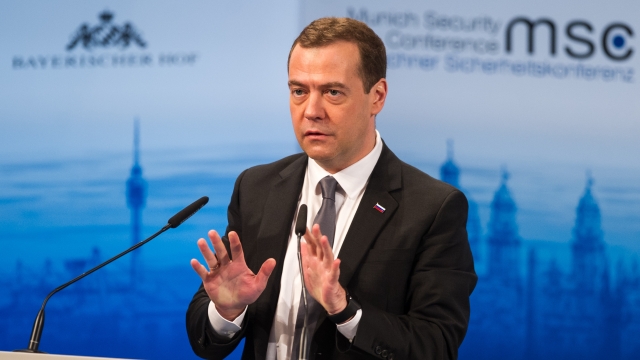 Russia's prime minister didn't hold back when he took the stage at the Munich Security Conference with other world powers in attendance.

Speaking on the current climate of conflict and disagreement, Dmitry Medvedev said, "We are rapidly rolling into a period of a new cold war."

Russia and several Western bodies, including the European Union and NATO, have disagreed about how to deal with recent major conflicts.

Those conflicts include Syria, a regular topic at the security conference and, of course, Russia's involvement in Ukraine.

Medvedev also said at the conference, "Almost every day we are accused of making new horrible threats either against NATO as a whole, against Europe, or against the U.S. or other countries."

But Medvedev had voiced these same sentiments before he stepped onto the Munich stage.

In an Interview with state-run Sputnik News Agency just days before the conference he said, "In my opinion, our western colleagues from NATO simply derive political gain from confrontation."