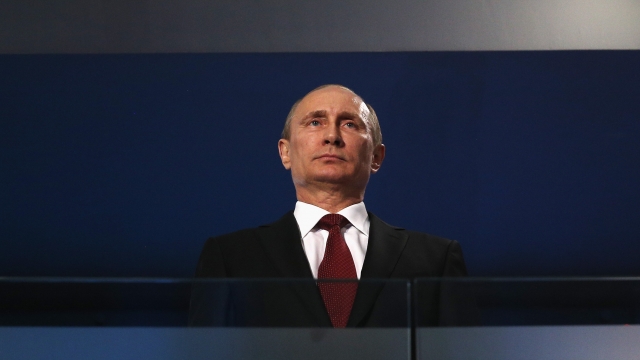 SMS
Russian Opposition Leader Says US Is No Longer A 'Beacon Of Freedom'
December 23, 2016
Vladimir Milov used to point to the U.S. as an example of a thriving democracy — but he says that'll be harder with Donald Trump in the White House.
SHOW TRANSCRIPT

Russian President Vladimir Putin's annual press conference is a carefully staged event meant to make Putin look like a man of the people. And this year, Donald Trump was a popular topic.

"The Western world, and America in particular, has always been a very important beacon of freedom," said Vladimir Milov, chairman of Russia's Democratic Choice party. "We could have referred to people here and say, 'Look, there is a totally different system out there where human rights mean something, where the rule of law is respected.' Right now, the difficulties we have with a person like Donald Trump elected as president is that people start laughing in your face. They say, 'They've got the same stuff and the same strongman there as we have here."

Milov, a Russian opposition leader, is fighting the uphill battle to restore a true democratic system and a political alternative to Putin. In Russia, that's a dangerous game. Politicians opposing Putin are jailed, harassed and sometimes killed. Last year, Boris Nemtsov, who worked with Milov in the opposition, was shot and killed just before he was set to release a report critical of Putin's invasion of Ukraine.

"We don't feel safe in general, but we prefer not to think about it," Milov said. "If you are too concerned, you better quit. And this is exactly what the Kremlin wants us to do."

Milov said the Russian opposition's fight will get tougher with  Trump in the White House.

"Putin is happy because he feels that this guy, this new United States president-elect, is in a lot of ways exactly like him," Milov said. "And it will be much more difficult for us to demonstrate to Russian society, Russian people, that a different role model exists."

So far, Trump hasn't talked about human rights in Russia, but he has exchanged some kind words with Putin, saying the Russian leader's "thoughts are so correct."