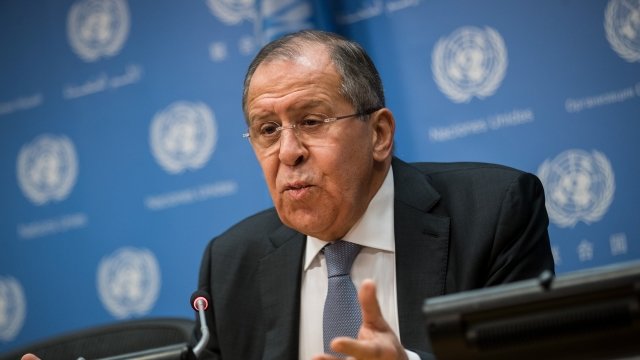 Russia's foreign minister says the suspected chemical attack in Syria over the weekend was staged.

Foreign Minister Sergey Lavrov told reporters Friday there's "irrefutable" evidence the attack was fabricated by a country "at the forefront of the anti-Russia campaign."

Aid groups say dozens of people died in the attack on Douma earlier this month. And the World Health Organization reported around 500 people during the attack experienced "symptoms consistent with exposure to toxic chemicals."

Meanwhile, leaders from the U.S., France and Britain have said the Syrian government was responsible.

During a U.N. Security Council meeting Friday, U.S. Ambassador to the United Nations Nikki Haley condemned Russia for saying the attack was staged.