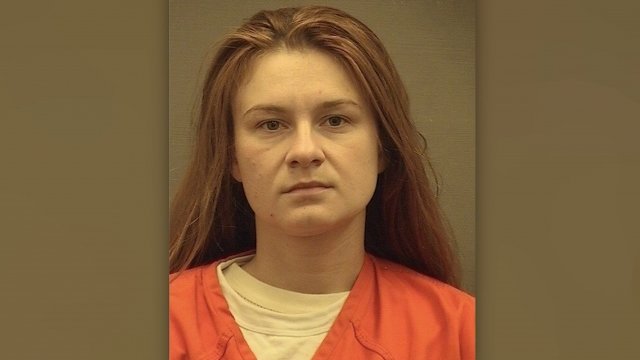 Russian national and alleged spy Maria Butina pleaded guilty in court Thursday to engaging in conspiracy against the U.S.

Her attorneys and federal prosecutors filed a joint request Monday asking for a new hearing so Butina could change her original plea.

In July, she pleaded not guilty to charges of conspiracy and acting as an unregistered foreign agent. The judge deemed her a flight risk and ordered her to stay behind bars.

Butina is accused of trying to influence U.S. politics by exploiting her personal connections and infiltrating American organizations. Butina, who's previously claimed she was just a student studying in the U.S., reportedly told a federal judge Thursday that she was acting "under [the] direction of" a Russian official.

Multiple outlets report Butina will be required to cooperate with investigators as part of her plea deal. While the maximum sentence for the charge is five years in prison, both sides have reportedly suggested she be sentenced to between zero and six months. But the judge could choose to release her for time served, since she's already been in custody for five months. Once she is released, she'll most likely be deported.