Russian National With Links To NRA Charged As A Russian Spy 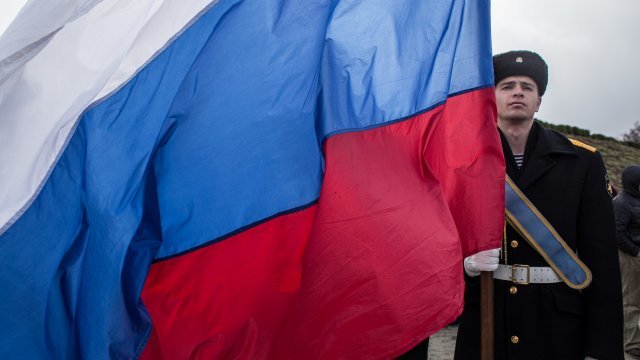 Maria Butina, a Russian national with links to the NRA, was indicted on a second charge Tuesday. On Wednesday, a judge deemed her a flight risk and ordered she be held in jail until her trial.

The Justice Department said Butina was arrested in Washington, D.C., and taken to the U.S. District Court for the District of Columbia.

Butina is accused of "developing relationships with U.S. persons and infiltrating organizations having influence in American politics, for the purpose of advancing the interests of the Russian Federation."

The Guardian reports Butina is a protege of Alexander Torshin, a Russian former state banker who was sanctioned by the U.S. in April. Torshin reportedly met Donald Trump Jr. for dinner at the NRA's 2016 convention.

Correction: A previous version of this story said Butina was charged with conspiracy to act as a foreign agent on Sunday. She was charged on Monday.