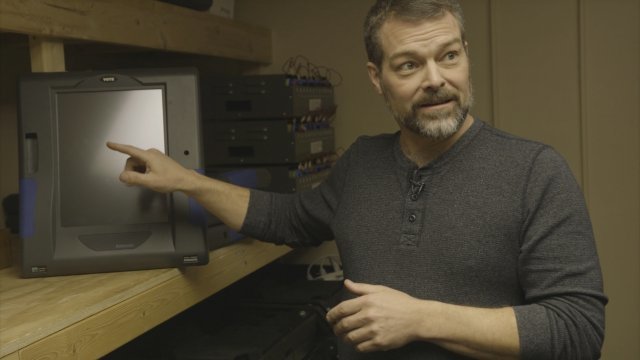 When the region's voters head to the polls in Pennsylvania's special election for the U.S. House seat, Tina Kiger's office makes sure each vote is securely and accurately recorded. She's the director of elections and voter registration for Greene County, Pennsylvania.

"As soon as they start coming in, they start uploading — I believe it's every three precincts that come in, or as quickly as they can," Kiger said. "And normally we're done by 10. Most of the time, I enjoy it, and it gives me a sense of pride to be able to have a smooth election."

The process of running a U.S. election is pretty routine by this point, but it's even more important after the 2016 presidential election. According to the Department of Homeland Security, Russian agents attempted to access election systems in 21 states during that election — including in Pennsylvania.

Although there's no actual evidence Russia actually compromised anything in Pennsylvania, the state is tightening election security; officials now say any new voting machines used in the state must produce a paper trail of the votes cast on them.

"I was here when we used paper ballots, and what it took there for a vote to be cast wrong was two people sitting with pencils, marking how those ballots were cast," said Scott Kelley, IT and budget director for Greene County. "Because unless somebody did a recount, nobody checked that."

Kelley is also the custodian of the county's electronic voting systems.

"For a vote to be wrong here," Kelley said, "you've got the five people on the election board, you've got our staff here, and then you've got ES&S [election systems and software] itself and the state and the feds. So it's a much better process now."

To keep voting systems out of reach of bad actors, most of the process happens far away from the internet. Kelley said the computer that programs the voting machines is never connected to the web. Votes are recorded on a flash card that's scrubbed clean and sealed in the machine beforehand; results are ferried from those machines to the broader election system via a single flash drive, which is also checked ahead of time. 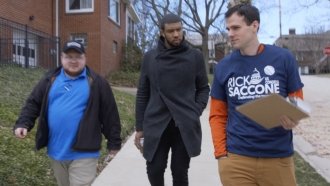 Kelley recently had to put the county's machines to the test in a court-supervised recount for a local election. In that recount, the data on each machine lined up perfectly with the election results.

"If someone tried to stick a different PEB in the machine, it would error out," Kelley said. "If someone tried to pull the flash card, it would error out. So, could it be done? Maybe, I'm not going to say anything's impossible. But if everybody's watching, if the poll workers are watching and all our security's in place, that shouldn't ever happen."

So with all the existing procedures in place, a paper ballot might not add much to the equation. But actual security is only one part of the picture; officials also have to worry about voter perceptions.

"I don't think there is an advantage, other than the voters, at this point some of them will feel more comfortable having the paper," Kiger said.

Manipulating an election isn't all about hacking into systems. Operations that convince people the election is being rigged or manipulated can be just as damaging. Adding a paper ballot can help quash those fears.