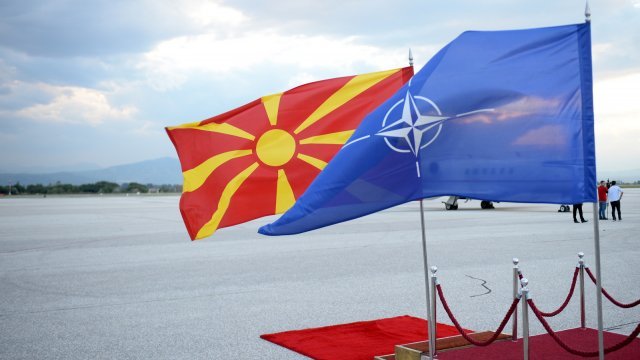 By Jake Godin
September 20, 2018
The U.S. Secretary of Defense has accused Russia of meddling in a Macedonian referendum, but it's just the latest Balkan nation targeted by Russia.
SHOW TRANSCRIPT

Macedonia is getting its chance at joining NATO. But first the nation has to pass a referendum that opinion polls show is favored by a majority of the country. So... it should go off without a hitch, right? Enter Russia.

Russia has denied the accusation, but here's the thing — this wouldn't be the first time Russia's attempted to subvert Western influence in the Balkans.

In 2016, Russia was accused of backing an assassination attempt against Montenegro's pro-Western prime minister to sabotage the nation's ascension to NATO.

Montenegro and now Macedonia are just two examples of Russia's battle to curb Western influence in the Balkans. 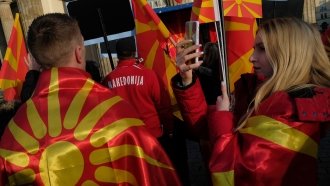 Russia's been attempting to keep Macedonia away from NATO well before this recent referendum. Leaked documents obtained by the Organized Crime and Corruption Reporting Project found that Russia has been sowing discord in Macedonia since at least 2008 by using propaganda and intelligence activities.

Bosnia, another prospective NATO member, has also been the target of Russia. President Putin has been an avid supporter of an anti-West Bosnian Serb leader and Russia supported an outlawed Bosnian Serb independence referendum.

Russia has many reasons for fighting for influence in the Balkans. Some of it is to prevent the expansion of NATO, which it sees as a rival. But other important factors range from controlling the transport of energy to maintaining its sphere of influence as a great power.