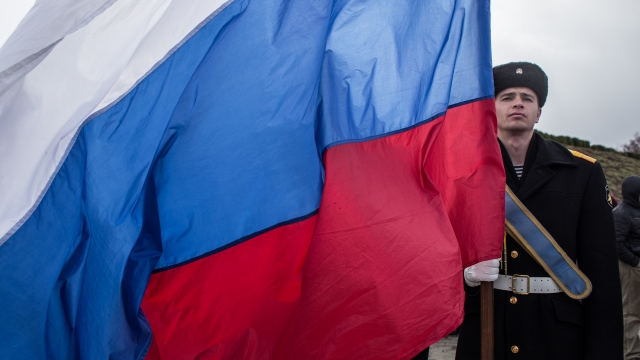 But U.S. officials believe only some of the documents and data collected by those hackers has actually been released to the public. And experts in Russian espionage say that's a classic KGB strategy.

"Any financial fallout, any unethical behavior, if Russian security gets to know about it, they can use it either implicitly or explicitly to get things from you," said Ilya Zaslavskiy, a senior fellow at the Legatum Institute.

But not everyone agrees the Republican committee was hacked. Among them, retired U.S. Army Lt. Col. Anthony Shaffer. He's briefed Trump's national security adviser Michael Flynn and is considering an offer for a senior defense intelligence role in the new administration. Newsy met with Shaffer at his Washington, D.C., office near the Capitol.

"Do you believe the RNC was hacked?" Newsy asked.

"And how can you say that definitively?" Newsy asked.

"Well the RNC said they weren't hacked," he replied. "I'm aware of the fact the FBI tried to warn them they would be hacked. So those two things tell me that probably it was prevented.

"John Brennan's acts, according to my information, [are] purely partisan," Shaffer said. "For John Brennan to have said what he had said, you'd have to have the approval of President Obama; you'd have to. So when you look at what has been said, how it's been said, [it's] without evidence."

But the concern over Russian hacking meant to benefit Trump isn't just a partisan issue. A group of Republican senators are also calling for an investigation in Congress.

"The Russians and others — the Chinese to a lesser degree — have been able to interfere with our electoral process," Sen. John McCain told CNN.

With Russia growing more aggressive with cyberspying, the question remains: What dirt do the Russians have, and who do they have it on?

Russian President Vladimir Putin is an old KGB agent, and experts familiar with Soviet spy games, like Zaslaviskiy, worry about the use of an old-school tactic called kompromat to compromise hacking targets in the U.S. government.

"Kompramat literally means compromising material," Zaslavskiy said. "So anything that can persuade people to act in the interest of the asking party. In this case, it could be the FSB or Kremlin or something that enables the Kremlin to enforce the divide and rule principle. Only now, Western society is slowly waking up to this problem, but they are lagging behind maybe 10, 15 years."