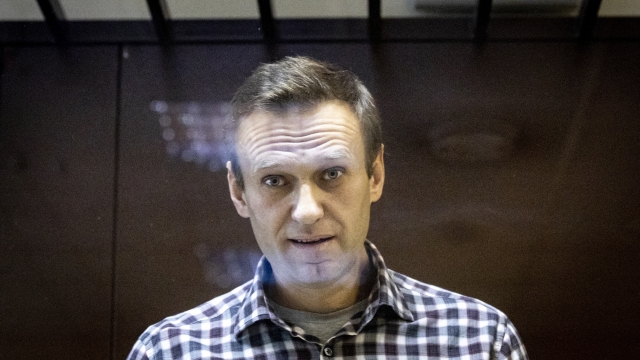 Russian Opposition Leader Alexei Navalny was ordered to remain in prison Saturday as a Moscow court rejected his legal appeals but modestly shortened his prison sentence.

Hours later, a judge ordered Navalny to pay a fine in a separate libel case.

A Russian court had earlier sentenced Nevalny to 2 years and 8 months in prison for violating the terms of his probation on a controversial embezzlement charge. He was accused of failing to report to authorities - while he was recovering in Germany after being poisoned by a suspected Russian nerve-agent. The Kremlin has denied involvement in his poisoning.

A judge Saturday shaved a month and a half off his original 2 year and eight month sentence. That fell well short of demands of the European Court of Human Rights - which has called for his outright release.

Navalny is a vocal critic of The Kremlin and Russian President Vladimir Putin. His arrest has sparked protests across the country and criticism from world powers. Putin has slammed Navalny as (quote) "thirsty for power" and blasted international critics for exploiting his case.

"These individuals have much ambition and energy, an obvious desire to make more money and break into politics, and this is actively used (by the West)," Putin said.

Later, Navalny was ordered to pay over $11,000 after being accused of defaming a World War II veteran. Navalny called the charges a punishment for standing up to Russian President Vladimir Putin.