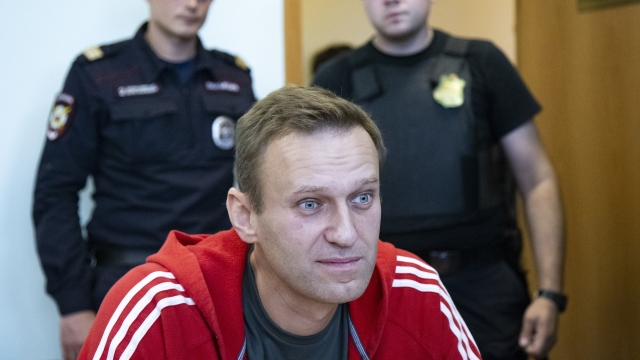 Russia has declined to return the clothes opposition leader Alexei Navalny was wearing when he went into a coma last month aboard a plane. Navalny says the clothes were taken from him when he was flown from Siberia to Germany — and are key evidence in what happened to him.

In a statement published Monday, Navalny said he was sent to Germany "completely naked" and that the clothes he was wearing on August 20th are his primary concern. His statement coincided with the expiration date of a Russian probe into the incident, which authorities said didn't warrant a criminal investigation.

On Tuesday, a spokesperson for Russian President Vladimir Putin said "with all due respect to [Navalny], we don't deal with clothes." The spokesperson said law enforcement has had difficulties investigating what happened to him because German authorities haven't shared information with Russia.

German officials say Navalny was poisoned with a novichok nerve agent, though the Russian doctors who first treated him have contradicted that diagnosis. He is currently receiving treatment at a Berlin hospital. Meanwhile, the Kremlin has denied any involvement regarding his condition.

Navalny's spokesperson has accused the Russian government of a cover up, saying it has officially turned a blind eye to the incident. The Kremlin says no toxic substances were found in Navalny's blood, therefore poisoning is only one possible explanation for his condition.