Putin Says Sanctions Would 'Harm' Relations, But He's Not Worried Yet 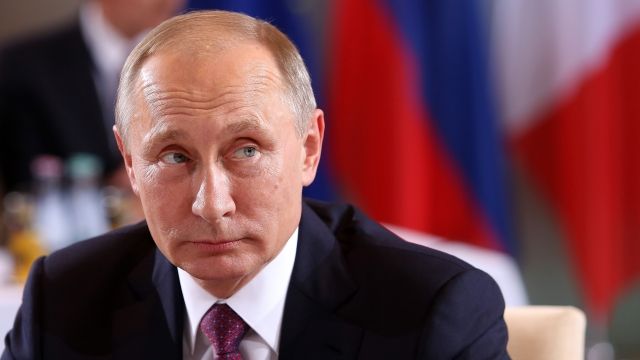 On Wednesday, the Senate almost unanimously passed a bill to impose stronger sanctions against Russia and prevent President Donald Trump from lightening sanctions without congressional approval.

The proposed sanctions stem from Russian election hacks, as well as its involvement in conflicts in Ukraine and Syria.

It's part of a broader measure that would enforce new sanctions against Russia and strengthen existing ones.

Many have wondered how Russia would respond to the sanctions. Just last week, Putin said he felt the sanctions came "out of the blue."

Over the weekend, Putin called the sanctions "harmful," but said he's looking for the end result before worrying too much about them.

He told Russian media it's "[too] early now to speak about any retaliatory steps, but let's look at the outcome."

He also said, "This [toughening of sanctions] won't lead to a deadlock or any collapse."

While Russia appears to be taking a wait-and-see approach, some European leaders are angry that they're caught in the crossfire.

Some of the sanctions would target Russian oil and gas pipeline projects — ones that European companies are investing in.

German and Austrian leaders have already said U.S.-European relations will sour if the U.S. fines their countries' investors.