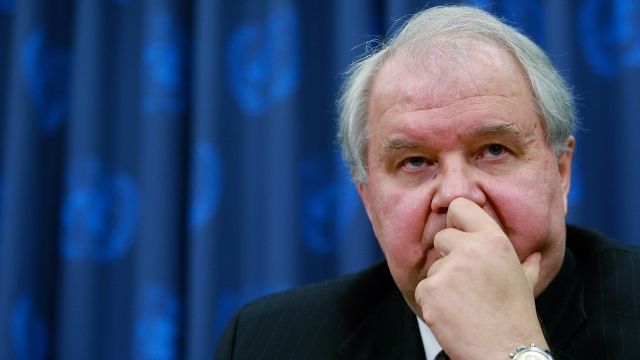 SMS
What To Know About The Russian Ambassador Who Courted The Trump Team
By Liz Wahl
By Liz Wahl
June 14, 2017
It's not just U.S. Attorney General Jeff Sessions. The Russian ambassador has had several other meetings with the Trump team. We map it all out.
SHOW TRANSCRIPT

There's one man in particular who keeps popping up as we learn more about ties between the Russian government and the Trump White House. That's Russia's ambassador to the U.S., Sergey Kislyak.

He's met with several Trump aids. On its own, that's not strange for a diplomat like Kislyak. What does seem strange: the things President Donald Trump's team has said about these meetings that turned out not to be true.

For example, at Attorney General Jeff Sessions' Senate confirmation hearing, he said, "I have been called a surrogate a time or two in that campaign, and I did not have communications with the Russians."

However, Sessions did meet with Kislyak at least twice while working with Trump's campaign. And now, former FBI Director Jim Comey is hinting there may be even more to the story with Sessions.

"We also were aware of facts I can't discuss in an open setting that would make his continued engagement in a Russia-related investigation problematic," Comey said in his testimony before the Senate intelligence committee.

Then there's Trump's former national security adviser Michael Flynn. After just 24 days on the job, Flynn was fired over misrepresenting his conversation with Kisylak. Flynn told Vice President Mike Pence and others a phone chat with the ambassador in December was simply a holiday greeting. Turns out, they were reportedly talking about sanctions against Russia — ones that Russia really wants to get rid of. 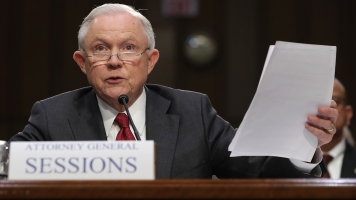 Jeff Sessions Pushes Back On Suggestions Of Collusion

Newsy also spoke with two former advisers with the Trump campaign over email — both say they met with Kislyak. Asked about meetings with Russian officials, Carter Page blasted most reporting from the U.S. media and referred us to Russian news outlets. Trump campaign adviser J.D. Gordon also met with Kislyak and said that part was routine.

"The problem was a blanket denial from some folks in the campaign that interactions with Russians took place at all," Gordon said.

And then there's the president's son-in-law and trusted adviser Jared Kushner. Kushner reportedly met with Kislyak at Trump Tower in December and asked the Russian ambassador about opening a secret channel to directly communicate with Russia.

Kislyak was actually present at Trump's first big foreign policy speech as a candidate — at a Washington, D.C., hotel and hosted by a think tank known to advocate pro-Russian views.

And of course, there was one especially high-profile meeting between Trump and Kislyak at the White House. That caused some controversy when U.S. reporters were barred from the meeting, but a Russian state photographer was allowed in the Oval Office. Trump reportedly shared classified information that came from a key U.S. ally during this meeting with the Russians.

With the FBI and several committees in Congress investigating ties to Kislyak and other Russian officials, there's a lot more to learn.