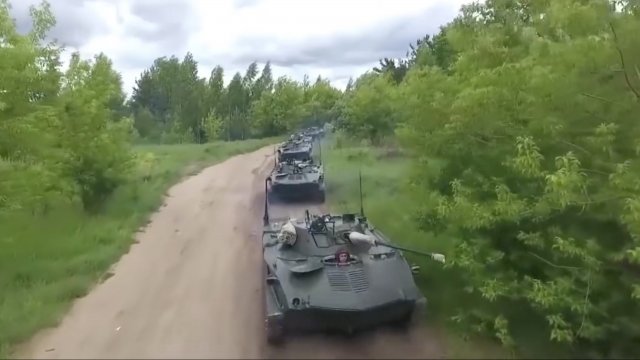 Russia is holding its largest war games since the Cold War.

The exercises started on Tuesday in Siberia. China and Mongolia sent troops to participate. Russia's defense ministry said it involved some 300,000 military personnel.

The exercises were announced last month. At the time, one Russian military official said they would have an "unprecedented scale in both territory and number of troops involved."

Russia's defense ministry said the exercises will involve more than 1,000 aircraft, 80 ships and 36,000 tanks and other vehicles.

The exercises will continue for six days and include drills that focus on timely deployment of troops.