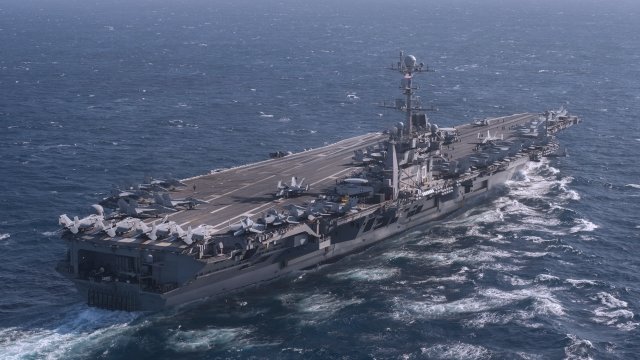 As American and Russian naval ships seem to be readying for a potential U.S. airstrike on Syrian forces, there have been calls for a diplomatic solution.

Russia, a staunch supporter of Syrian President Bashar al-Assad, has called reports of the chemical attack a hoax. Russian soldiers are headed to Douma, the town where the attack reportedly occurred, to preserve evidence and protect the people still living there.

Russian naval ships are also reportedly scheduled to participate in live firing drills off the Syrian coast. One Russian official has warned its military would shoot down any American missiles headed for Syria and even return fire at the missiles' source.

Turkey, a U.S.-NATO ally that also maintains close ties to Moscow, has criticized both sides. Turkey's prime minister compared the U.S. and Russia to "street bullies," each saying its own weapons are bigger than the other's. He urged unity and a focus on still-active terror groups in the region.

Chemical weapons investigators are headed to Douma to determine if banned weapons were, in fact, used. The group will not assign blame for the attack if it's proven to have happened.