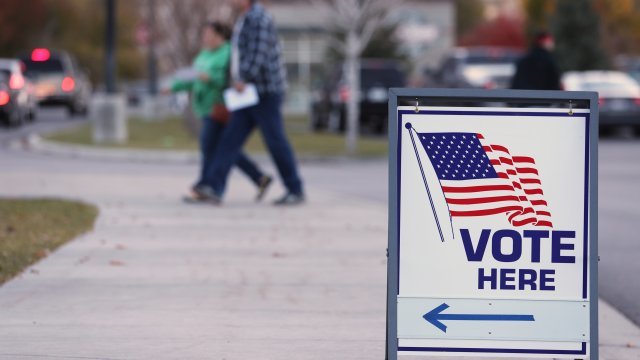 SMS
Foreign Countries Tried To Influence The 2018 Midterm Elections
By Nnamdi Egwuonwu
By Nnamdi Egwuonwu
December 22, 2018
Russia, China and Iran were among the countries found to have launched campaigns to interfere with the elections.
SHOW TRANSCRIPT

The head of US intelligence says several countries—including Russia, China and Iran— tried to interfere with the 2018 midterm elections.

The countries used tactics like messaging campaigns to influence election results, but Director of National Intelligence Dan Coats says there’s no indication that they actually worked.

In a statement, Coats said that intelligence agencies do not have evidence to suggest votes were changed or voter tallying was impacted.

He also said the intelligence community is working to protect the 2020 presidential elections from interference by foreign actors.

The findings were submitted to President Donald Trump, who had signed an executive order in September stating that sanctions could be imposed on any country attempting to influence US elections.