Russia And China Push Back Against U.S. Pressure 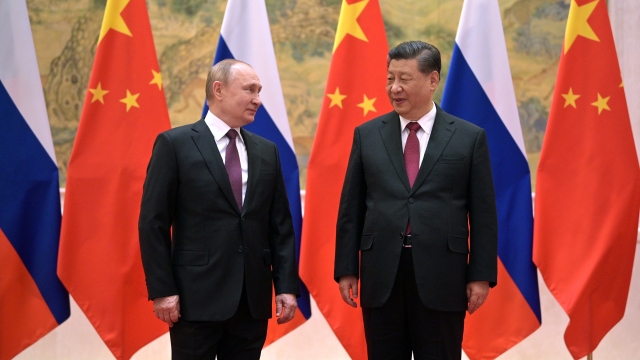 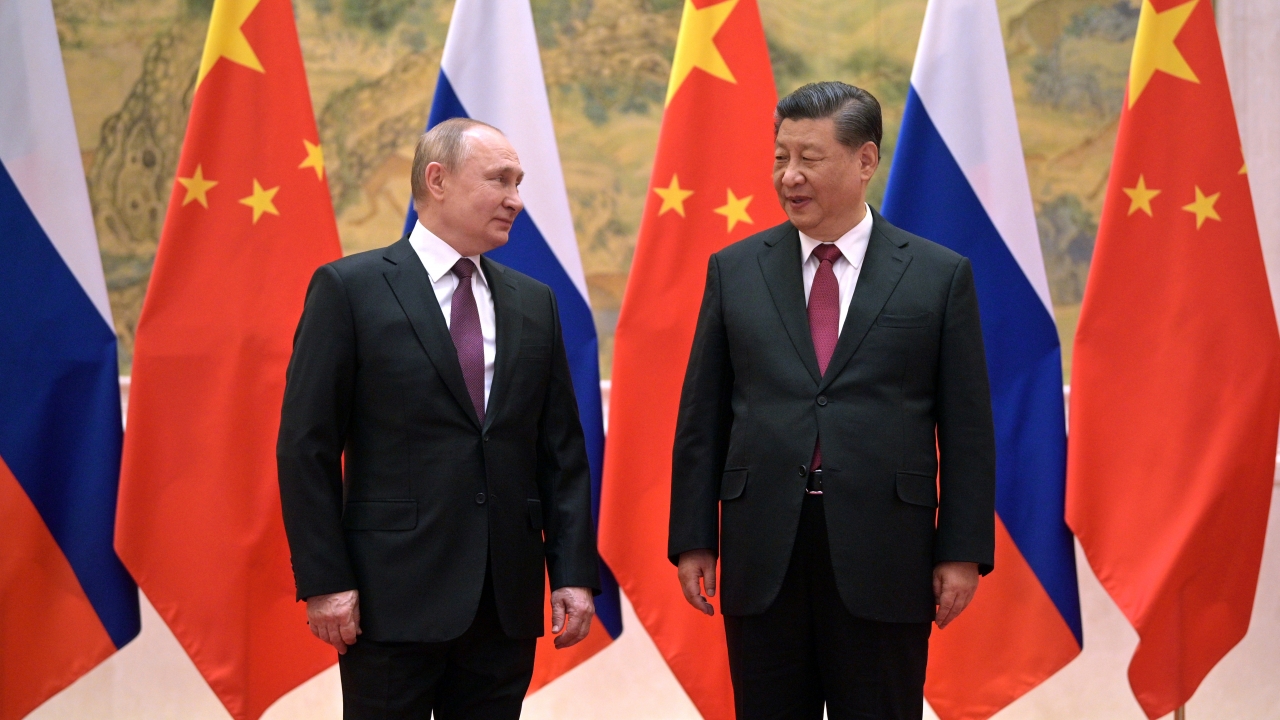 The leaders of Russia and China pushed back against U.S. pressure on Friday, declaring their opposition to any expansion of NATO and affirming that the island of Taiwan is a part of China, as they met hours before the Winter Olympics kicked off in Beijing.

Russia's Vladimir Putin and China's Xi Jinping issued a joint statement highlighting what it called "interference in the internal affairs" of other states, as both leaders face criticism from Washington over their foreign and domestic policies.

"Some forces representing a minority on the world stage continue to advocate unilateral approaches to resolving international problems and resort to military policy," it read, in a thinly veiled reference to the U.S. and its allies.

The two leaders are looking to project themselves as a counterweight to the U.S.-led bloc, as China growingly shows support for Moscow in its dispute with Ukraine that threatens to break out into armed conflict.

China and Russia are committed to "deepening back-to-back strategic cooperation," Xi was quoted as telling Putin.

"This is a strategic decision that has far-reaching influence on China, Russia and the world," Xi said, according to the official Xinhua News Agency.

Faced with a "complex and evolving international situation," the two sides "strongly support each other" in confronting what Xi called "regional security threats" and "international strategic stability," without directly naming the U.S.

Putin is the highest-profile guest at the Beijing Games following the decision by the U.S., Britain and others not to send officials in protest of China's human rights abuses and its treatment of Uyghurs and other Muslim minorities.

Relations "are developing in a progressive way with a spirit of friendship and strategic partnership," Putin said. "They have indeed become unprecedented."

Putin highlighted close economic ties, including a new contract to supply China with 10 billion cubic meters of gas per year from eastern Russian.

"For our meeting today, our oilmen have prepared very good new solutions for the supply of hydrocarbons to the People's Republic of China, and another step forward has been taken in the gas industry," Putin said.

Russia has long been a key supplier of oil, gas and coal for China's massive economy, now the world's second largest, along with food stuffs and other raw materials.

China's state-run news agency reported the two leaders met at the Diaoyutai State Guesthouse Friday afternoon, but gave no details. They did not appear to shake hands when greeting each other due to COVID-19 precautions.

Putin also recalled his presence in Beijing for the 2008 Summer Olympics, and the Chinese delegation's attendance at Russia's 2014 Winter Games in Sochi, calling such exchanges "to a certain extent a tradition."

The discussions mark their first in-person meeting since 2019 and come as China and Russia increasingly align their foreign policies bilaterally and in world bodies such as the United Nations, in opposition to the Western bloc and other major powers.

Leaders of the five ex-Soviet Central Asian nations, which have close ties with both Russia and China, all followed Putin's lead in attending the Olympics opening, along with other states that have political and economic interests with Beijing.

A buildup of more than 100,000 Russian troops  near Ukraine has fueled Western fears that Moscow is poised to invade its neighbor. Russia has denied planning an offensive but urged the U.S. and its allies to provide a binding pledge that NATO won't expand to Ukraine and other ex-Soviet nations or deploy weapons there, and roll back its forces from Eastern Europe — demands firmly rejected by the West.

Putin and Xi accused both NATO and the U.S.'s Indo-Pacific strategy of building closer military ties with other countries in Asia as destabilizing and threatening regional security.

"The parties oppose the further expansion of NATO, (and) call on the North Atlantic Alliance to abandon the ideological approaches of the Cold War," the joint statement said.

Some observers suggested that Beijing is closely watching how the U.S. and its allies act in the standoff over Ukraine as it ponders further strategy on Taiwan, arguing that indecision by Washington could encourage China to grow more assertive.

The U.S. is Taiwan's main supplier of fighter aircraft and defensive arms and is legally bound to treat threats to the island democracy as matters of "grave concern."

The joint statement said that Russia reaffirms that Taiwan is an integral part of China and opposes Taiwan's independence in any form. China claims the self-governing island as its own territory, to be annexed by force if necessary.

Economic and diplomatic cooperation has expanded into the military field in recent years, as Russia and China have held a series of joint war games, including naval drills and patrols by long-range bombers over the Sea of Japan and the East China Sea. In August, Russian troops for the first time deployed to Chinese territory for joint maneuvers.

Putin has also noted that Russia has been sharing highly sensitive military technologies with China that helped significantly bolster its defense capability.