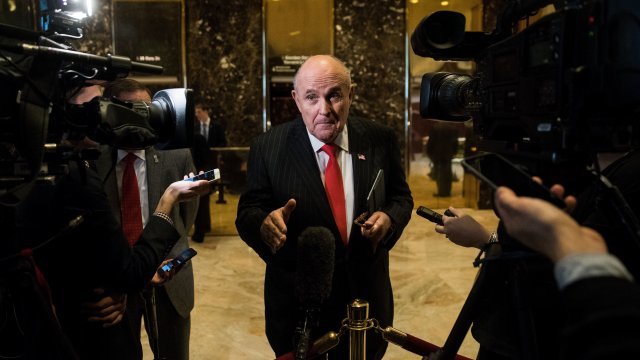 Obtained by ABC, Giuliani's statement says the payment to Daniels, which first came from Trump's lawyer Michael Cohen, was not a campaign violation.

Giuliani revealed to Fox News that Trump had reimbursed Cohen for the payment. Giuliani claims the payment was "made to resolve a personal and false allegation in order to protect the President's family." Giuliani also said his references to timing were from his own understanding.

Giuliani also clarified statements he made about former FBI Director James Comey. He had told Fox that Comey was fired "because Comey would not, among other things, say" Trump wasn't a target of the Russia investigation. Giuliani now says firing Comey was "clearly within" Trump's powers and that it was "in the best interest of our nation."