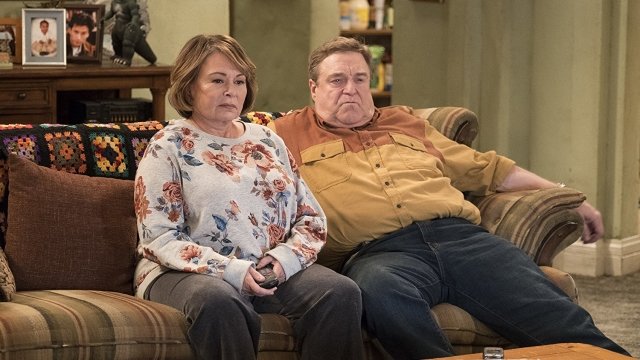 SMS
Roseanne Barr Blames Ambien For Tweet That Led To Show's Cancellation
By Katherine Biek
By Katherine Biek
May 30, 2018
The actress said she took the sleep aid before posting the comment about Valerie Jarrett, one of former President Barack Obama's advisers.
SHOW TRANSCRIPT

In a now-deleted tweet, Barr said she took the sleep aid before posting the comment about Valerie Jarrett, one of former President Barack Obama's advisers.

Barr apologized for the derogatory remark about Jarrett, but it was too late. In a somewhat shocking decision Tuesday, ABC canceled Barr's hit comedy series revival. CNN reported pre-production had already started for the show's second season, which was scheduled to begin airing this fall.

"Roseanne" returned to TV in a big way earlier this year. More than 18 million people watched the reboot's premiere in March, and the show went on to be ABC's highest-rated series of the season.

Other networks quickly announced their own cancellations Tuesday. TV Land, CMT and Paramount Network, all of which are owned by Viacom, announced they'd pull reruns of "Roseanne" from their schedules. And Hulu also pulled episodes of the revival from its streaming catalog.