Ronny Jackson Will Not Return As Trump's Personal Physician 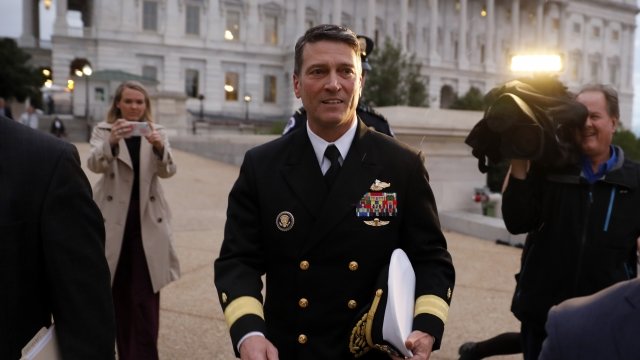 Rear Adm. Ronny Jackson is not going back to being President Donald Trump's personal physician.

That's according to what two senior administration officials told Politico. With Jackson out, Navy officer Sean Conley will stay on as Trump's doctor after taking over the role last month.

The news comes after Jackson withdrew his nomination to lead the Department of Veterans Affairs earlier in April.

Jackson, who denies the allegations, is reportedly back working in the White House Medical Unit. It's unclear what his role is there.