Ron DeSantis To Consider Running Against Trump In 2024 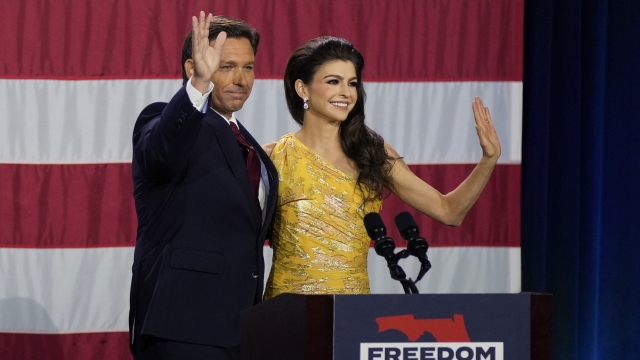 The former president is expected to announce a run for re-election next Thursday from his home in Mar-A-Lago.

It was a night Republicans were hoping to see red — and lots of it. But as the ballots continue to be tallied, it's clear Democrats performed better than expected in the 2022 midterm election. The GOP’s dreams of a "red wave" is more of a steady stream.

As the dust settles in 2022, the next race on the horizon is down the street for the house on Pennsylvania Avenue.

"The American people are ready for a majority that will offer a new direction, that will put America back on track. Republicans are ready to deliver it." said House Minority Leader Kevin McCarthy.

A slate of losses for candidates backed by former president Donald Trump, are setting the stage for a showdown of two Florida residents. The former president is expected to announce a run for re-election next Thursday from his home in Mar-a-Lago, but it’s unclear whether he’d be able to sail smoothly to a nomination. Many Republicans have subtly and not so subtly said they’re thinking about taking him on, including members of Trump’s former administration.

The potential main contender is Governor Ron DeSantis, who won re-election in the Sunshine State by a landslide on election night.

Florida Republican Gov. Ron DeSantis said his fight against "the woke" had only begun in his victory speech.

DeSantis was expected to win — but lapped even the polls' predictions. Though he did make it more difficult to vote in Florida during his first term, he was able to pick up voters including in Miami-Dade County — a democratic stronghold for decades. He grew support among Latino voters, too. He padded his resume with numbers that propelled him to the national conversation.

DeSantis refused to say whether he’d complete his next term, but hinted at frustration with national politics.

"Now, well, our country flounders due to failed leadership in Washington. Florida is on the right track. I believe the survival of the American experiment requires a revival of true American principles. Florida has proved that it can be done," said DeSantis.

Trump choosing not to campaign with the governor in the closing days of the election, even threatening and jabbing at him, is an indication of this growing rift that’s likely not going away any time soon.