Rolling In The Dough: Adele Is The UK's Richest Female Musician 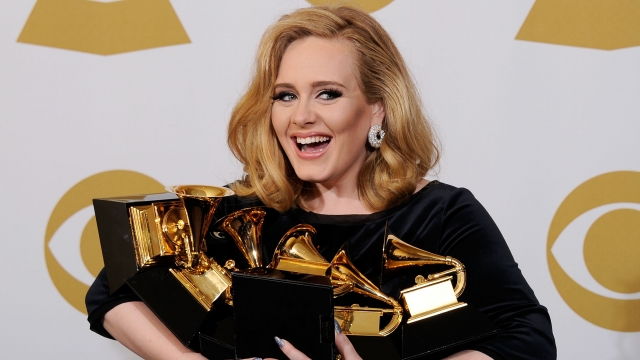 Adele is No. 30 on The Sunday Times' rich musicians list, which ranks the top 50 music millionaires in Ireland and the U.K. Last year, she held the 43rd spot, but since then, Adele has made about $50 million more bringing her fortune to almost $122 million.

According to Billboard, "Adele's ridiculously successful comeback has thrust her into the ranks of music's biggest money makers." Billboard also reports the increase came after the release of her third studio album, "25," in November 2015.

This really isn't a shock since Adele has been ranked on the Sunday Times' young musicians rich list for the fifth year in a row and became one of the top-selling artists of all time at 24 years old.

The New York Times says: "That heart-on-sleeve emotion, conveyed by a gorgeous voice, has made Adele, now 27, one of the most universally beloved singers and songwriters of the 21st century."

Not only has she carved out a spot on the top 50 richest musicians list but also was one of Time's 100 most influential people for 2016.