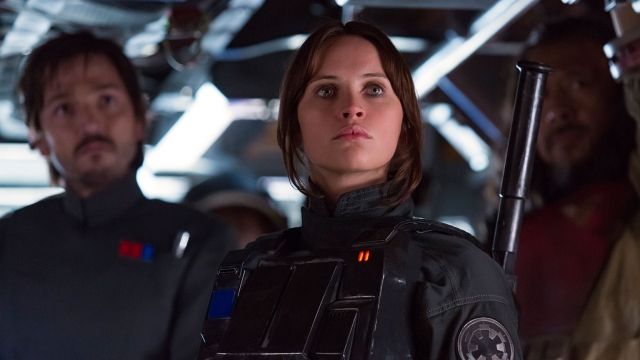 It's been just a year since the $2 billion awakening. But it seems the good folks at Walt Disney Studios are back for more. Taking the No. 1 spot this week — and most likely for several weeks to come — is "Rogue One: A Star Wars Story," bringing in a record-breaking $155 million in its first week out.

While "Rogue One" couldn't hit the numbers we saw from "The Force Awakens" this time last year, it's still the third-largest debut of 2016, right behind "Batman v Superman" and "Captain America: Civil War"

It's also the second largest December debut in box office history behind — you guessed it — "The Force Awakens."

What's more, "Rogue One" seems to be another critical hit, which means less drop off at the box office in the coming weeks.

"It's easy to see why George Lucas is said to have loved 'Rogue One' because it so expertly recreates the world oh his original 'Star Wars' film," IGN's Eric Goldman said.

With the box office behemoth that is Star Wars scaring off any other releases this weekend, "Moana" takes the No. 2 spot, bringing in an estimated $11.6 million in its fourth week out. The Pacific island princess has made good use of her time at the box office, pushing worldwide ticket sales past $280 million in a month's time.

And last but not least is "Office Christmas Party," bringing in an estimated $8.4 million in its second week out.

As for next week, Chris Pratt and J. Law have a very lonely date night in "Passengers."