The Fix For Slumping NFL Ratings Might Be Less NFL 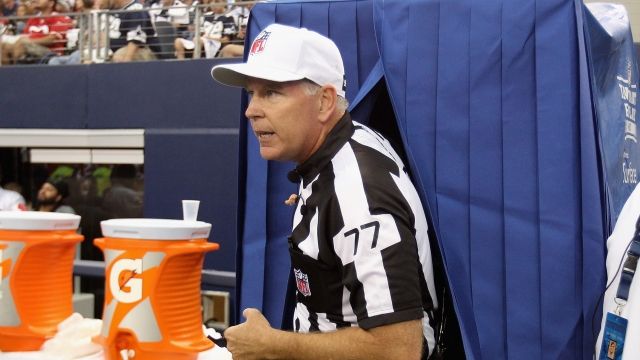 NFL ratings are down this year, and the league thinks the solution could be less NFL.

NFL games are taking longer and longer — this year games take about five extra minutes to finish compared to last season. And there are only about 11 minutes of actual game action.

SEE MORE: NFL Ratings Are Down, And No One's Sure Why

NFL Commissioner Roger Goodell says the league is trying to cut down on "dead time" in between plays as much as possible and has brought up what might be a pretty radical plan to achieve that.

"Should we look at ways to maybe take some commercialization out of the game, either in less ads or maybe have the ads come in different ways," the commissioner said in an interview with The New York Times.

Cutting commercials would certainly help games move along more quickly; ads take up about a third of game broadcasts. But that would mean fewer advertising dollars, which wouldn't sit well with TV networks that show games.

There are other options on the table, too, including streamlining replay reviews. The league has made a few changes in recent years to try to speed up the system — because no one likes sitting around and waiting to see how a play is called.

In any case, Goodell says he's not too worried about how ratings are behaving, and he's quick to point out how great the past decade has been for the NFL on TV. But cutting down on dead time could let the league bounce back that much more quickly.