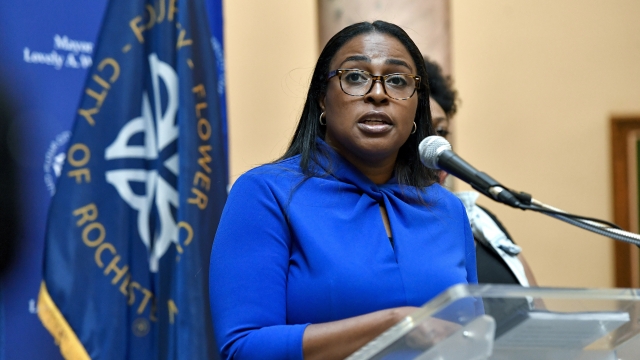 The mayor of Rochester, New York, has fired the city's police chief and suspended the city attorney and communications director over their response to the death of Daniel Prude.

It comes after a review of the city's role in Prude's death.

Chief Le'Ron Singletary announced he was retiring last week but had said he would stay on through the end of the month.

In March, officers confronted Prude, handcuffed him and put a spit bag over his head then held him down for two minutes.

He stopped breathing and died a week later.