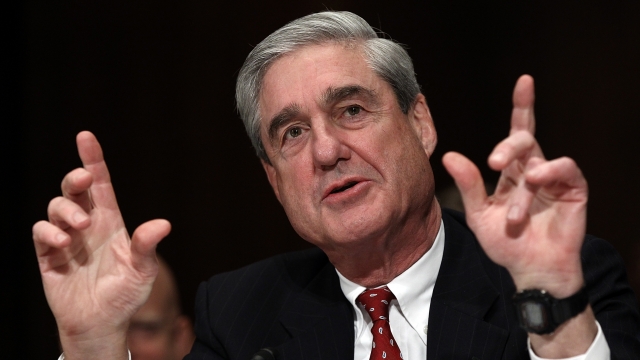 SMS
Meet Robert Mueller, The Special Counsel Appointed In The Russia Probe
By Briana Koeneman
By Briana Koeneman
May 18, 2017
Mueller was a decorated Marine officer and a federal prosecutor before he was tapped as FBI director in 2001.
SHOW TRANSCRIPT

He's the man the Justice Department tapped as special counsel to lead the investigation into Russian interference in the 2016 presidential election.

It won't be an easy task, but if Mueller's past is any indication, he'll be up for the challenge.

Mueller, a former Marine officer and federal prosecutor, was sworn in as the sixth director of the FBI on Sept. 4, 2001 — just a week before the Sept. 11 terrorist attacks.

Not only did he lead the bureau through the aftermath, but he's also credited with transforming the FBI as we know it today.

During Mueller's 12 years at the helm, he overhauled the bureau to prioritize the threat of terrorism over solving domestic crimes, which helped thwart several planned attacks.

He was also well-known for his tough but fair approach to his job.

And that's why lawmakers from both sides of the aisle have praised the Justice Department's decision to appoint Mueller as special counsel.

Mueller will begin his work on the Russia investigation immediately.