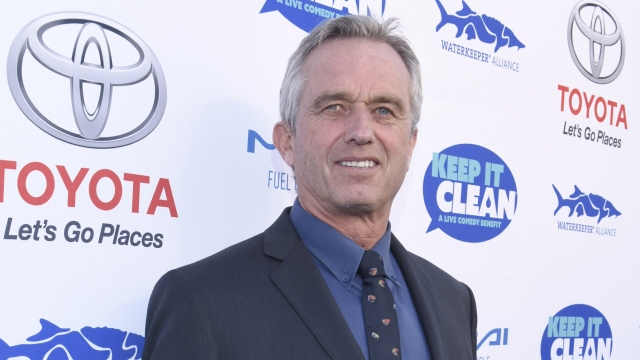 In his new book titled "Framed," Robert F. Kennedy Jr. says his cousin Michael Skakel was wrongly convicted of the 1975 murder of a 15-year-old girl.

Skakel was convicted in 2002 for the death of Martha Moxley, but more than 10 years later, a Connecticut judge threw out the conviction, saying Skakel's attorney mishandled the case.

The Connecticut Supreme Court is currently deciding whether Skakel will be sent back to prison or get a new trial.

Kennedy claims in his book that he has evidence proving Skakel didn't kill Moxley and that instead, two other teenage boys murdered her.

Neither of the two men Kennedy names in his book have ever been charged in connection with Moxley's death.

But one of Skakel's lawyers has a different theory to who killed Moxley.

Thomas is the last known person seen with Moxley before she died in 1975, but police have never charged him with a crime.

This video includes clips from CBS and ABC and images from Getty Images. Music provided courtesy of APM Music.