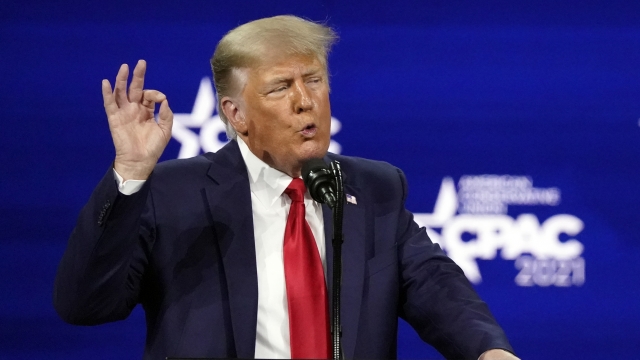 The former president wants the committee to stop using his name in fundraising materials.

The Republican National Committee says it has every right to use former President Donald Trump's name and likeness in its fundraising materials.

The committee responded to a cease-and-desist letter sent by Trump's legal team.

The RNC's lawyer said it "has every right to refer to public figures as it engages in core ... First Amendment-protected political speech."

Trump later urged his supporters to send their contributions to his own Save America PAC instead of the RNC.

This is a rare break between Trump's team and the committee which worked together during the 2020 campaign to raise over $366 million.