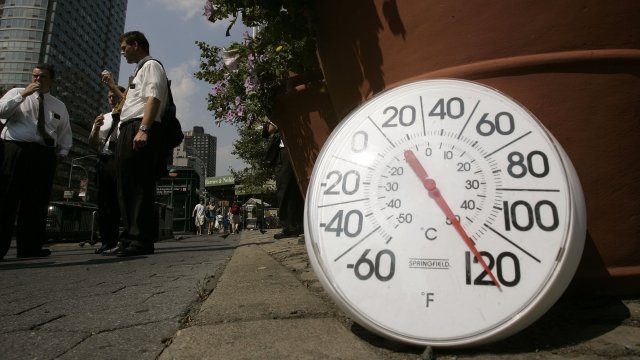 SMS
Right-Wing Outlets Say A New Study May Invalidate Climate Policies
By Tyler Adkisson
By Tyler Adkisson
July 12, 2017
The Heartland Institute said data used by the EPA should be invalidated because of "politicized adjustments." But scientists say the data is unbiased.
SHOW TRANSCRIPT

A new Heartland Institute study claims data used by the Environmental Protection Agency to create climate policy was "flawed with politicized adjustments" and should be "invalidated."

The group says since the '80s, global average surface temperature data produced by NOAA and NASA was unfairly adjusted to show a steady increase in temperature.

But scientists think the findings were misconstrued. While agencies do alter their data, it's done to account for errors in how temperatures were recorded over the past 150 years.

And the revisions aren't the politicized, one-way street the Heartland paper claims. Roughly half of the adjustments have made the warming trend seem less dramatic, not more so.

Researchers who independently reviewed the study also said some of its content was "grossly misleading," and that its authors had "very limited understanding" of how temperature records are measured.

But scientists admit that data collection methods aren't perfect. One study showed that since 1998, global warming occurred 140 percent faster than satellites initially showed due to their decaying orbits.