Rick Perry And His Forgotten Department 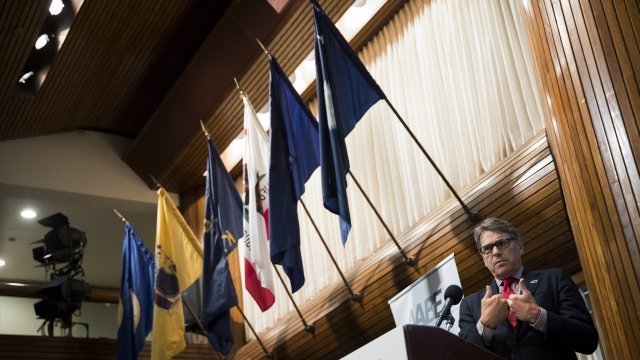 We're checking in on Secretary Rick Perry's success with the department he once forgot about.

Though he's not a physicist or nuclear physicist like former President Barack Obama's picks, Department of Energy Secretary Rick Perry spent 14 years running an energy-rich state. We look at how he's been doing since taking over the agency.

Rick Perry Orders A Review Of The US Power Grid

Energy Secretary Rick Perry is worried about how the previous administration's energy policies affect the U.S.