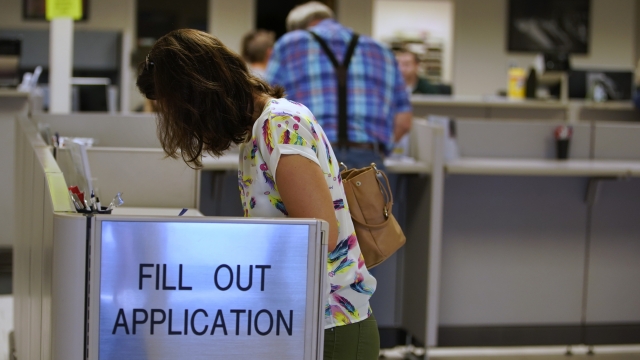 Rhode Island residents will soon have the option to identify as nonbinary on drivers' licenses and birth certificates.

The change lets people elect to put an "X" in the gender field, rather than an "M" or "F." The federal REAL ID Act requires that drivers' licenses and ID cards feature the person's gender, but it doesn't provide any guidelines about how gender is defined

Rhode Island Gov. Gina Raimondo said the move is, "just basic fairness so that everyone can be treated equally and be recognized by the government for who they are." Raimondo's office told the Providence Journal that the change doesn't require legislative approval.

Several other states are taking steps to offer, or have offered, the option to identify as nonbinary on IDs. Pennsylvania and Washington announced they would offer the option on state IDs at the end of July. And Pennsylvania and Rhode Island both said they hope the change will be implemented within the next year. Washington residents could be able to update their licenses as early as October.

Correction: A previous version of this story incorrectly said Pennsylvania and Washington already offered the option to identify as nonbinary on IDs. Both states announced they would offer the option in July, but it will not go into effect for at least a couple of months.