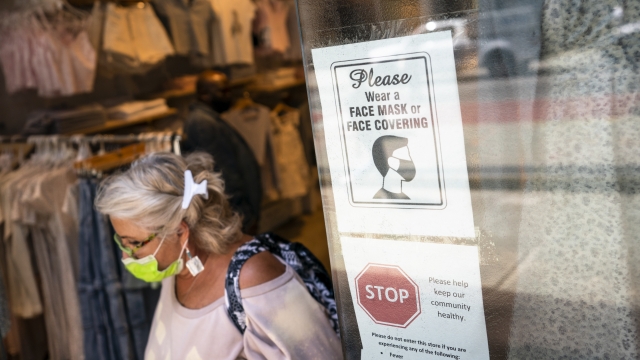 Don't be alarmed if you walk into your grocery store and notice a major change.

A handful of retailers are allowing fully vaccinated customers to enter their stores without a mask.

Places like Trader Joe's, Walmart, Sam's Club, Costco, Publix and Starbucks won't require people to have one on while shopping.

But the new, relaxed rules also depend on location. They apply to states without a state or local mask mandate.

The companies announced the change after the CDC's new mask guidance was released.

Many other retailers like Target, CVS and Walgreens said they are reevaluating their policies.