Resolution To Censure Rep. Adam Schiff Fails In The House 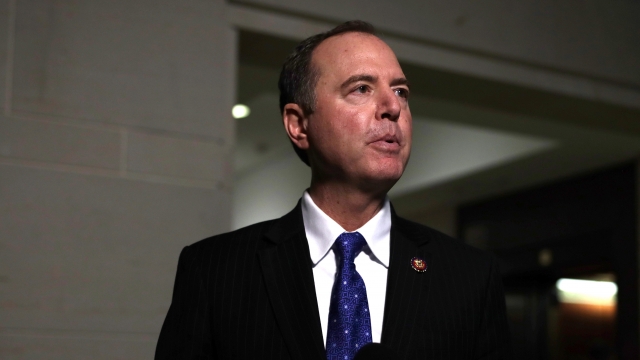 The Democrat-controlled House voted 218-185 against the resolution on Monday. The resolution, introduced by Republican Rep. Andy Biggs, criticized Schiff's actions in the impeachment inquiry. Republicans have expressed concerns about Schiff's refusal to share transcripts from closed-door hearings.

Schiff has been under fire by Republicans and the White House for how he characterized President Trump's phone call with Ukraine's president at a public hearing in September. Schiff later said his description of the call "was meant to be at least partly parody." But President Trump did not take the "parody" reading lightly and accused Schiff of lying to Congress.

President Trump tweeted his support for the resolution Monday morning. He said: "Censure (at least) Corrupt Adam Schiff! After what he got caught doing, any pol who does not so vote cannot be honest....are you listening Dems?"

Schiff, meanwhile, criticized the resolution, tweeting: "It will be said of House Republicans, When they found they lacked the courage to confront the most dangerous and unethical president in American history, They consoled themselves by attacking those who did."

Democrats, including House Speaker Nancy Pelosi, have defended Schiff's handling of the impeachment investigation. Over the weekend, President Trump threatened to sue both Schiff and Pelosi.