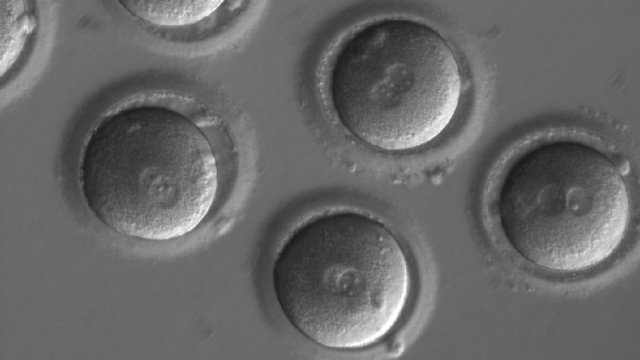 SMS
Researchers Skeptical About Findings From Landmark Gene-Editing Study
By Tyler Adkisson
By Tyler Adkisson
September 5, 2017
Researchers claimed they successfully removed a heart condition from a fertilized embryo with genetic editing, but some scientists are skeptical.
SHOW TRANSCRIPT

Earlier this year, a team of scientists used a gene-editing tool called CRISPR to remove a deadly genetic mutation from a human embryo. But some genetic scientists are casting serious doubts on whether that method was as successful as the study authors claimed.

In the original experiment, researchers fertilized eggs with sperm from men with a heart condition. The scientists edited out the genetic markers of the disease and inserted healthy DNA into the fertilized embryo. They said the male genome rebuilt itself with healthy sequences from the female genes.

But reproductive biologists say it's not clear how mutations in sperm could be fixed with an egg's genetic makeup. Those genes sit at opposite ends of an egg cell after it's fertilized, and it would be difficult for CRISPR to work across such a large distance. 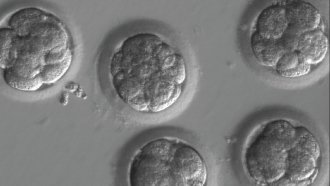 The embryos might not have used genetic contributions from sperm at all. Critics of the experiment noted that paternal genomes were only present in a third of stem cells from genetically edited embryos.

And it's also possible the mutation didn't show up when researchers were checking their work if they deleted a lot of extra DNA while they tried to remove that single faulty gene. This could also cause more genetic damage than anticipated.

Whatever the case, the gene-editing debate is set to get louder again. The authors of the original study say they'll make a formal response to critics "in a matter of weeks."