Your Nose Shape Is A Clue About Where Your Ancestors Lived 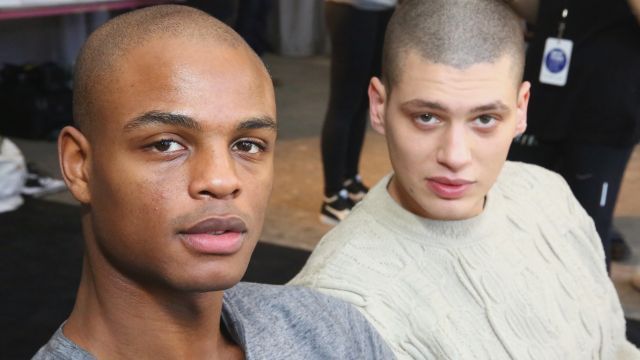 The features of your nose might reveal something about where your ancient kin called home.

If you've ever wondered about the shape of your schnoz, you might be able to blame it on where your ancestors lived.

Specifically, the climate they lived in.

Researchers from Pennsylvania State University used 3-D facial imaging to to map a variety of nose measurements, including the length of the ridge, the height of the nose and the width of the nostrils.

They think that last one — nostril width — correlates with the temperature and absolute humidity of the climate your ancestors lived in.

Besides giving us our sense of smell, the nose also heats up and cleans the air we breathe.

Narrower nostrils warm air more efficiently than wider ones. That's essential because the researchers found people with narrower nostrils on average had ancestors who lived in cold, dry climates.

Others have said they believe climate could affect the shape of the nose. Charles E. Woodruff, a U.S. Army physician, wrote in 1905: "In the tropics were the air is hot and therefore rarefied, more of it is necessary and it is essential that there should be no impediment to the air currents so the nostrils are open and wide and the nose very flat. Such a nose is unsuited for cold countries."

What you know about climate change is correct — for the most part.

The study points out where your ancestors lived probably isn't the only reason your nose is shaped how it is.

They found men tend to have larger noses than women because, duh, dudes are generally larger people than ladies are.

And sexual selection probably had a bit to do with it, too. After all, if everyone in your family has narrow nostrils, the chances of you having wider ones are pretty slim.