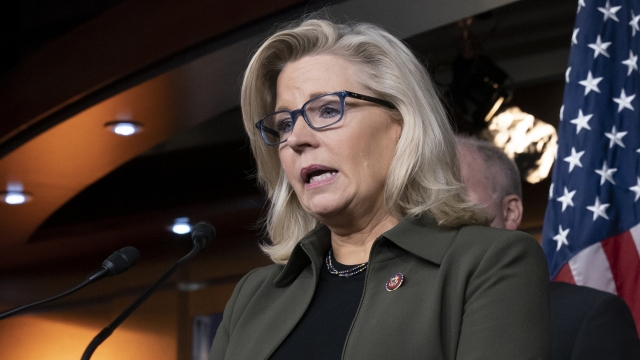 In Congress, Democrats and Republicans have similar, but opposing, leadership structures.

The majority party elects the speaker of the House, who is the House’s top elected official and second-in-line to the presidency; a majority leader, who helps set the schedule; and a majority whip, who helps keep members in line on key votes.

The party out of power similarly elects a minority leader and a minority whip.

But the third-ranking leadership post has a different title depending on the party.

For Democrats, the position is known as caucus chair; for Republicans, conference chair.

The chair of the House Republican Conference is responsible for the crafting and keeping Republican members of Congress on-message, and is elected -- or tossed out -- by secret ballot.

"Their goal is to have all the members saying the same thing at the same time," VanMeter told Newsy.

Republicans say presenting a united front is key to their chances of retaking the majority in the 2022 midterm elections next year.