An Old Transcript Is Coming Back To Haunt These GOP Representatives 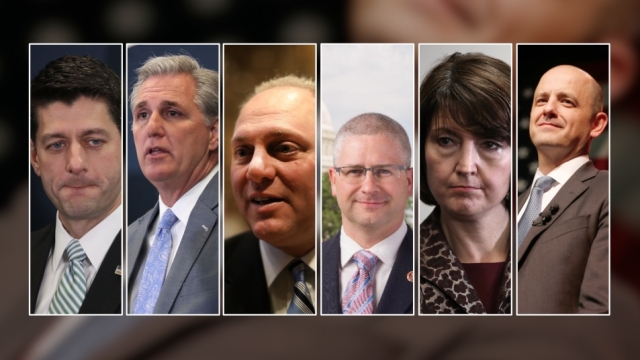 Top Republicans are trying to play off a 2016 conversation about then-candidate Donald Trump's Russian ties as a joke.

The five-page transcript, obtained by The Washington Post, shows that McCarthy said he thought Trump was being paid by Russian President Vladimir Putin. McCarthy was an early Trump supporter within the party.

Both spokesmen for Ryan and McCarthy claimed the Russia quip was a joke, nothing more.

The transcript does denote group laughter; Ryan went on to say the talk was off the record and, "What's said in the family stays in the family."

The supposed "jokes" might have seemed innocuous enough in 2016. But recent reports have made the Trump-Russia subject much less of a laughing matter for the GOP.

News broke that Trump allegedly revealed classified information to two Russian diplomats in a private meeting. That meeting came only a day after he fired FBI Director James Comey, who was leading the investigation into possible collusion between the Trump campaign and Russia.

Now, a special counsel has been appointed to oversee the investigation.