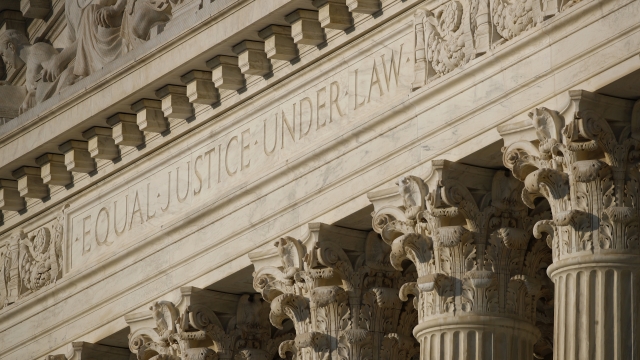 SMS
Republicans, Democrats On Filling Justice Seat Before Election
By Newsy Staff
By Newsy Staff
September 26, 2020
Republicans say the Supreme Court has to be full in case there is a contested election.
SHOW TRANSCRIPT

Jay Strubberg: "Yeah, Andrew. Some Republicans have said they need the Supreme Court to be at full strength in the event that there is a contested election. Here's Sen. Lindsey Graham, speaking to Fox News. Let's listen."

Sen. Lindsey Graham: "A 4-4 Supreme Court is not a good deal for America. We need a nine person Supreme Court, and people wonder about the peaceful transfer of power. I can assure you it will be peaceful. Now, we may have litigation about who won the election, but the court will decide. And if the Republicans lose, we will accept that result. But we need a full court, and I think that's possible. Before the election, the committee will do its work. Will be thorough, will be fair, but will be firm."

Strubberg: "So, Andrew, what's the concern from Democrats about filling the seat before the election? With regard to this?"

Andrew Rafferty: "Yes. So the concern is right now in states across the country, in courtrooms across the country, there is litigation going on about the 2020 election, hundreds of cases to be exact, and we know that most of it stems from the idea of expanding mail-in voting. Exactly when do people need to get ballots in? Who gets sent a ballot? What sort of provisions need to be adhered to in order for your ballot to count? And so courts across the country have been ruling on these as we go. A lot of them, in fact, are in key battleground states. I'm talking about Pennsylvania, Wisconsin, Michigan, and so the fear from a lot of Democrats right now is that you could have a third or I'm sorry a sixth conservative justice on the court at a time when they may hear one of the most monumental cases in recent histories, at least when it comes to election law. Again, it's important to know that a lot of things have to happen. And there's a lot of election law experts who don't expect the Supreme Court to ever get involved in this. But that is a top concern from Democrats right now."