Congress Could Investigate Trump's Taxes, But Republicans Won't Let It 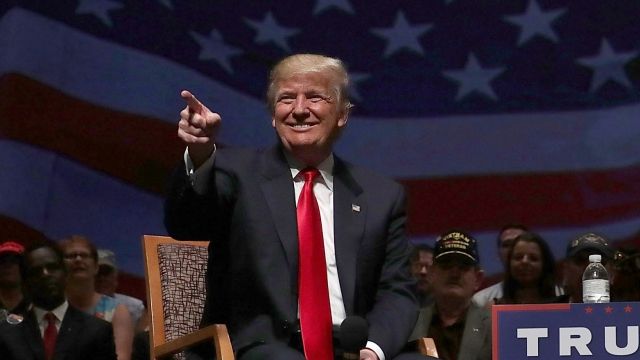 SMS
Congress Could Investigate Trump's Taxes, But Republicans Won't Let It
By Grant Suneson
By Grant Suneson
February 15, 2017
Republicans on the House Ways and Means Committee blocked an attempt to look at President Donald Trump's tax returns from the past 10 years.
SHOW TRANSCRIPT

Democratic representatives wanted to force President Donald Trump to release his tax returns, but Republicans shot down their efforts.

"He has done nothing to eliminate conflicts of interest. We have no idea what business entanglements may be influencing his policy until and unless we see his tax returns," Pascrell said in the House Committee on Ways and Means.

The House Ways and Means Committee can request tax records from the treasury, but chairman Kevin Brady and committee Republicans refused. They said the proposal could lead Congress down a slippery slope.

Brady asked reporters, "If Congress begins to use its powers to rummage around in the tax returns of the president, what prevents Congress from doing the same to average Americans?"

But Democrats argued the seldom-used law was passed in 1924 specifically to investigate conflicts of interest, and it hasn't proven to be a problem since.

The law was passed after President Warren G. Harding's interior secretary was put in prison for taking bribes to lease government oil reserves to a private company.