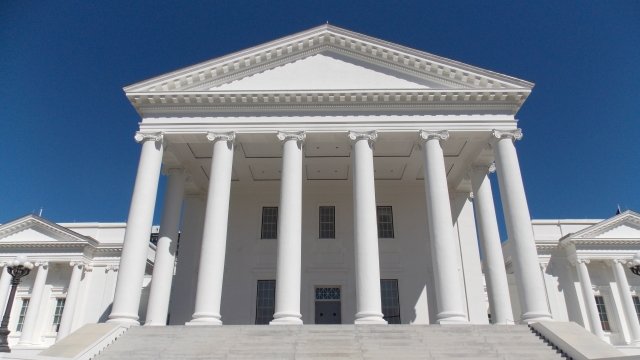 The state elections board drew Yancey's name out of a bowl. He and Democratic candidate Shelly Simonds each had a 50/50 shot at winning the seat in the Virginia House of Delegates.

Drawing names to decide a Virginia House race is unusual. The last time it happened was 1971. But, this election has been unusual.

In December, a recount showed Simonds won the race against Yancey by a single vote. Her victory would have given the House a rare 50-50 split of Democrats and Republicans, meaning the two parties would agree to share power.

Then, judges ruled that a previously rejected vote counted for Yancey, closing the election at a tie.

Now it looks like Yancey gets to keep his seat and the GOP majority in the House — though Simonds could still ask for another recount.

Before the drawing, Simonds says she offered to make it final but that Yancey declined. She then said "no deal means all options are still on the table."