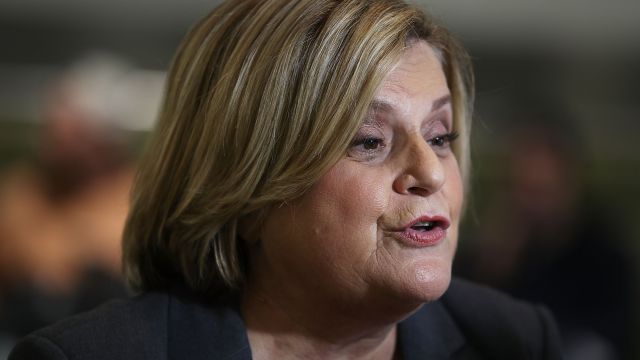 SMS
GOP Rep. Calls Transgender Bathroom Rule Rollback 'Lamentable'
By James Packard
By James Packard
February 23, 2017
She joins a chorus of politicians and activists who are against the Trump administration's guidance on bathroom access for transgender students.
SHOW TRANSCRIPT

Republican Rep. Ileana Ros-Lehtinen is not having the Trump administration's position on bathroom access for transgender students.

The Trump administration recently rescinded an Obama-era interpretation of Title IX nondiscrimination laws that say transgender students must be allowed to use the school bathroom associated with their gender identity. That interpretation was in legal limbo.

Ros-Lehtinen, whose son is transgender, called that reversal "lamentable" and said the move could lead to "hostile treatment of transgender students."

She joins a chorus of opposition from Democrats in Congress and LGBTQ activists.

"It is nonsense; it is dangerous," Mara Keisling with the National Center for Transgender Equality said on CBS. 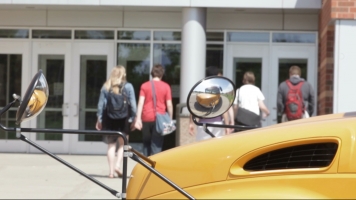 Ros-Lehtinen introduced the Student Non-Discrimination Act in 2015 that would prohibit schools from discriminating against students based on their sexual orientation or gender identity. While it failed to pass the Senate almost two years ago, former President Barack Obama took on the issue in a 2016 memorandum.

It directed schools to allow students to use whatever bathroom they choose, citing Title IX protections. A Texas judge ultimately barred those guidelines from being implemented, and as a result, the Department of Education claims there will be no immediate impact on students.

The Trump administration says the issue of bathroom access for transgender students shouldn't be a federal directive.

"This issue was a very huge example of the Obama administration's overreach," U.S. Education Secretary Betsy DeVos said at the Conservative Political Action Conference on Thursday.

Ros-Lehtinen's fight is far from over. She plans to reintroduce the Student Non-Discrimination Act in the new Congress.