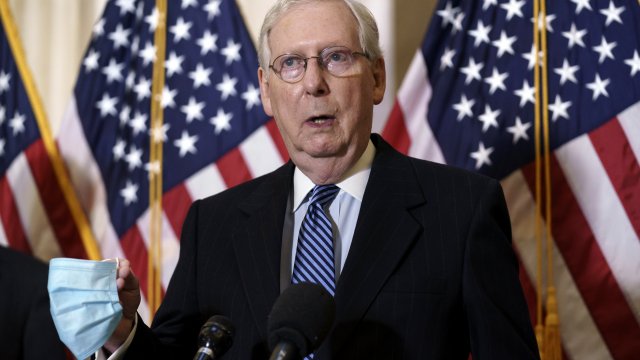 Only 4 GOP senators have publicly acknowledged President-elect Biden's victory despite no evidence of widespread voter fraud and 5 million more votes.

But, Democratic Senator Chris Coons told CNN it's a different story behind the scenes.

"They call me to say, you know, congratulations, please convey my well wishes to the president-elect, but I can't say that publicly yet," said Coons.

"I see no evidence of voter fraud in the key states that would need to have their outcomes changed and so far see little evidence of any Republicans standing up to the president."

President Trump and his allies haven’t offered any proof of widespread election fraud and their legal challenges have largely been rejected by the courts.