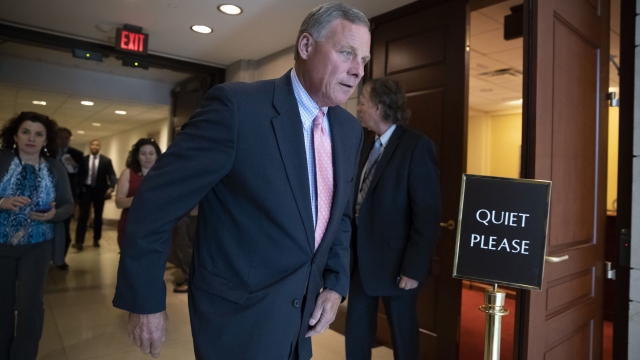 The chairman of the Senate Intelligence Committee and three other U.S. senators dumped millions of dollars in stock, before the markets nosedived amid mounting fears over the coronavirus.

The Daily Beast reported Loeffler also bought hundreds of thousands of dollars in stock in a technology company that sells software for working at home. Loeffler, a Georgia Republican, is married to the chairman of the New York Stock Exchange.

ProPublica was the first to report on the stock transactions. It said Burr, a North Carolina Republican, and his wife sold between $620,000 and $1.7 million in stocks, including 33 separate transactions on Feb. 13. Their largest sales involved hotel stocks, which later saw huge drops in valuation due to the coronavirus and diminishing travel.

Reuters reported in February that the Intelligence Committee had been receiving daily briefings on the virus. On Feb. 7, Burr co-authored an opinion piece for Fox News that credited the Trump administration for the U.S. being QUOTE "better prepared than ever before to face emerging public health threats, like the coronavirus."

But this week NPR obtained a Feb. 27 recording of a private luncheon Burr held with North Carolina business leaders. At that event, he said the virus could bring the worst pandemic since the deadly 1918 influenza.

Burr's office said there was no impropriety. Its statement said: "Senator Burr filed a financial disclosure form for personal transactions made several weeks before the U.S. and financial markets showed signs of volatility due to the growing coronavirus outbreak."

On Friday, he requested the Senate Ethics Committee to open an investigation into his financial moves.

The New York Times reported that Feinstein, a California Democrat, and her husband sold between $1.5 million and $6 million in biotech stock. Inhofe, an Oklahoma Republican, sold up to $400,000 in stock in Apple, Paypal and a real estate fund. Loeffer and her husband dumped between $1.2 million and 3.1 million in stocks including Exxon Mobil, retailers and auto parts.

In a tweet, Loeffler blasted the reports as a "ridiculous and baseless attack."