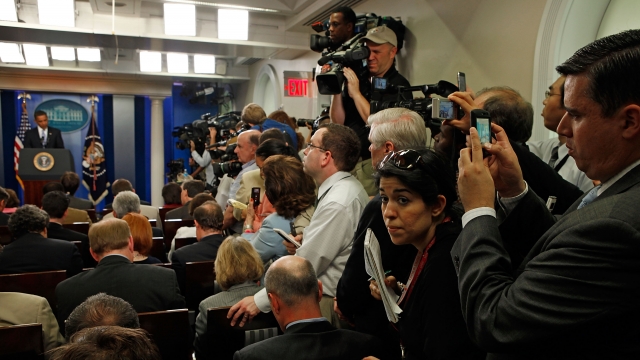 SMS
US Press Freedom Ranking Just Dropped, Despite 'Strong Track Record'
By Briana Koeneman
By Briana Koeneman
May 3, 2017
Secretary of State Rex Tillerson says the U.S. protects the free press, but the country's ranking lags behind dozens of other nations.
SHOW TRANSCRIPT

The U.S. State Department commemorated this year's World Press Freedom Day with some praise for how America treats the media.

In a short statement Wednesday, Secretary of State Rex Tillerson applauded journalists as "the guardians of democratic values and ideals."

And he maintained that the U.S. has "a strong track record" of protecting and advocating for free press around the globe.

But that strong track record has actually been getting weaker.

The U.S. currently comes in at No. 43 in the World Press Freedom Index, two spots lower than it ranked last year.

Reporters Without Borders points to President Donald Trump as one of several reasons for the decline. 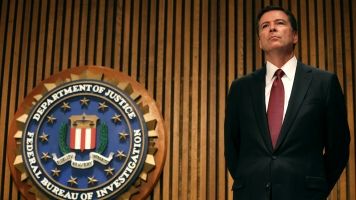 Trump has repeatedly criticized the media during his presidential campaign and has continued to as president, even calling legitimate outlets "fake news."

But former President Barack Obama's relationship with the press apparently wasn't great, either.

Many critics have accused the Obama administration of undermining freedom of the press by cracking down on whistleblowers and leakers.