Reports: US, Taliban Officials In Talks To End The War In Afghanistan 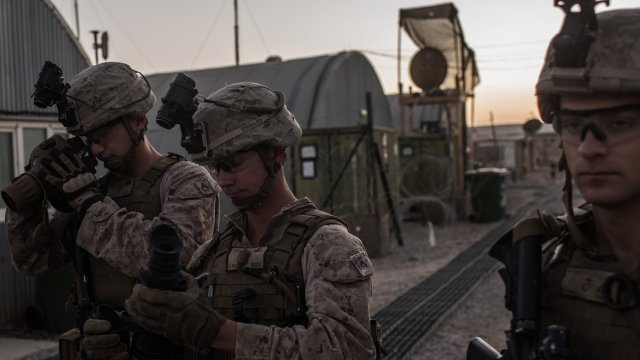 SMS
Reports: US, Taliban Officials In Talks To End The War In Afghanistan
By Audrey Esther
By Audrey Esther
December 17, 2018
As of Monday afternoon, though, neither the White House nor the State Department had confirmed talks were taking place.
SHOW TRANSCRIPT

On Monday, several news outlets reported Taliban representatives said they had preliminary talks to possibly end the 17-year war. The meeting reportedly took place in the United Arab Emirates with Emirati, Pakistani and Saudi Arabian officials also participating. Those countries are believed to have significant influence over the Taliban.

A Taliban spokesman says the group prefers to negotiate directly with the U.S. rather than Afghan officials because it considers the Afghan government illegitimate.

But as of Monday, neither the Trump administration nor the State Department has confirmed or denied the discussions are happening.

According to the Department of Defense, there are about 14,000 U.S. military personnel stationed in Afghanistan.