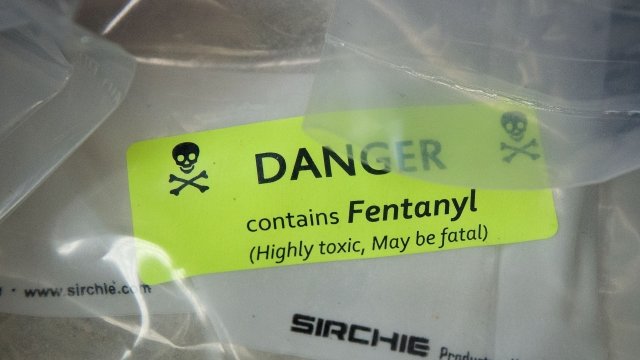 SMS
Report: Trump To Propose Death Penalty For Drug Traffickers
By Jake Jones
By Jake Jones
March 15, 2018
Trump has pointed to countries like Singapore and China, both of which have steep penalties for drug offenses that include the death penalty.
SHOW TRANSCRIPT

The White House is reportedly planning to unveil its latest initiative against the opioid epidemic, with one part standing out above the rest: a call for the death penalty for drug dealers.

President Donald Trump has been advertising this strategy, which is roundly criticized by health professionals as ineffective and even counterproductive to ending the epidemic. But Trump seems set on the idea, pointing to countries like Singapore and China, both of which have steep penalties for drug offenses that include the death penalty.

But both countries keep data relating to those convictions and executions as state secrets. Amnesty International estimates China puts thousands of drug dealers to death each year; a Harm Reduction International study on Singapore claimed the country executed eight people for drug offenses between 2015 and 2017.

In the U.S., current law allows capital punishment in only a handful of drug-related cases: when someone is murdered or a law enforcement officer dies. Trump's proposal would open that statute up to allow the death penalty for anyone trafficking lethal drugs, like fentanyl, that's directly connected to a death.

Trump is expected to announce the proposal Monday in New Hampshire, a state that's one of the hardest hit by the opioid epidemic.