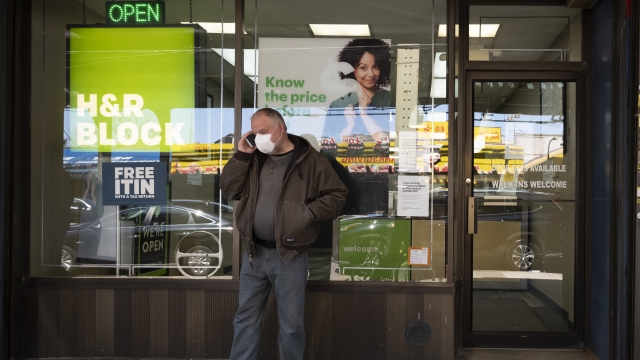 Stimulus checks are beginning to land in the bank accounts of U.S. taxpayers, but some people have reportedly received less than they expected — or nothing at all.

According to the Washington Post, millions of Americans who filed their taxes using H&R Block and other for-profit tax preparation services haven't received their payments. And some parents reportedly did not receive the $500 allotted for each eligible dependent child.

The delays were attributed to the IRS not having direct deposit information on file, even after people submitted that information in its new "Get My Payment" tool. Tax refunds being used to pay service fees may have also caused a delay.

Officials from both the IRS and the Treasury Department have said they're working to fix the reported problems, which could affect up to 21 million people. And H&R Block says it will continue to update its customers about their stimulus payments.

The relief checks are part of the White House's plan to ease the economic strain caused by the pandemic. The Treasury Department expects paper checks to be issued in the coming days. Still, some Americans say the one-time payment won't even cover their monthly expenses.