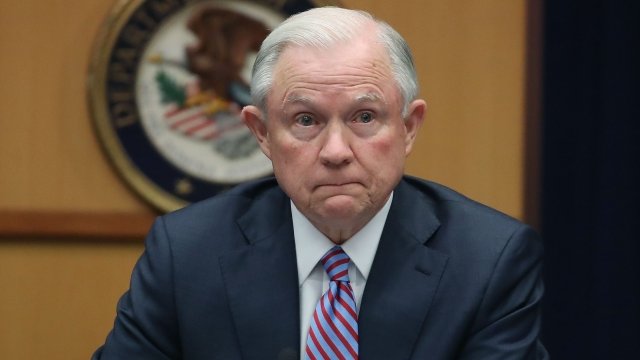 Unnamed U.S. officials told The Washington Post that Attorney General Jeff Sessions gave "'misleading' statements that are 'contradicted by other evidence'" when testifying about his relationship with Russia.

Those officials said Sessions had substantive discussions with Kislyak about President Trump's policies on issues that could directly affect Russia.

That is at odds with what Sessions told the Senate intelligence committee. He said he "never had meetings with Russian operatives or Russian intermediaries about the Trump campaign."

Sessions has run into trouble over his testimony on Russia before. During his confirmation hearing, Sessions denied having any contact with Russian officials during the campaign. Three meetings later came to light.

After those meetings were revealed, he said they were appropriate and part of his duties as a senator. He then recused himself from the investigation into possible Russian collusion with the Trump campaign.

Trump was not happy about that decision, saying he never would have given Sessions the attorney general job if he knew the recusal was coming.