Report Says Trump's Business Violated The US Embargo Against Cuba 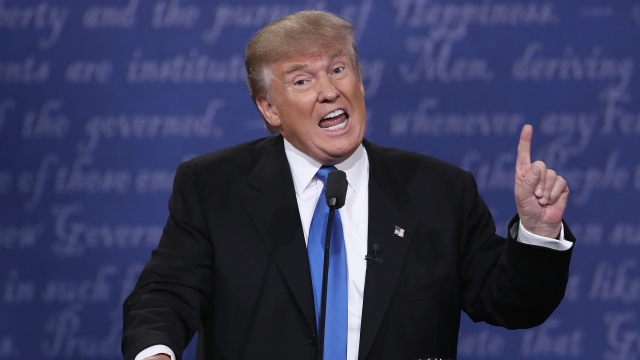 SMS
Report Says Trump's Business Violated The US Embargo Against Cuba
By Grant Suneson
By Grant Suneson
September 29, 2016
A Newsweek investigation found Donald Trump's hotel spent money to evaluate Cuba as a location, even though the embargo was still in effect.
SHOW TRANSCRIPT

Plenty of outlets have reported on allegations that Donald Trump conducted shady business dealings in the past, but a recent Newsweek story on that subject could damage Trump's credibility with a key voting bloc.

Records show a consulting firm billed Trump's company over $68,000 to explore business possibilities in Cuba in 1998. The firm also told the company to make it look like it sent people there for charity.

Cuba was — and still is — under embargo. That means an American company doing business in Cuba would be violating federal laws. Government officials couldn't find any record of a license granted to Trump, and one official said there was almost no chance of one being granted to a casino business.

Sources who were at the meetings about doing business in Cuba said Trump knew full well what his company was doing.

"There's no way that you were going to have a $68,000 check cut out of the top levels of the Trump company without Donald Trump knowing," writer Kurt Eichenwald said.

This could really come back to bite Trump in the swing state of Florida. Its proximity to Cuba means many people who fled Fidel Castro's government ended up there.

The Cuban-American population historically supports Republicans, but Trump's business in Cuba while Castro was in power could make him a tough sell to those voters.

RealClearPolitics shows Hillary Clinton leads Florida by an average of half a percent.