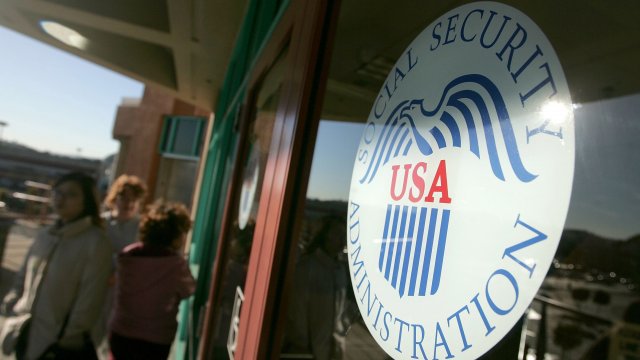 SMS
Report Says Social Security, Medicare Funds Are Quickly Dwindling
By Briana Koeneman
By Briana Koeneman
April 23, 2019
According to an annual government report on the status of the programs, their trust funds are projected to be tapped out by 2035.
SHOW TRANSCRIPT

Both Social Security and Medicare are quickly running out of money. And if Congress doesn't act soon, millions of Americans won't get their full scheduled benefits.

According to an annual government report on the status of the programs, Social Security's costs are expected to surpass its income in 2020 for the first time in decades.

The trust funds for both programs are projected to be tapped out by 2035. At that point, the report says Social Security recipients will only get about three-quarters of their scheduled benefits. And Medicare patients will be forced to pay more money because the program won't be able to provide doctors, hospitals and nursing homes with their full compensation.

But the trustees of the program say Congress could help address some of these problems through bipartisan measures.

They wrote in a statement: "Lawmakers have many policy options that would reduce or eliminate the long-term financing shortfalls in Social Security and Medicare. Lawmakers should address these financial challenges as soon as possible."